By absolut clancy - November 18, 2019
This morning on one of my favorite music sources (KXT 91.7; their playlists are curated very well with a nice mix of classic rock and newer artists) I heard a Neil Young song I wasn't familiar with. Every time I think I've heard most of his catalog I find some undiscovered gem. The title of this one even fits.


I thought it might have been a "deep cut" so I looked it up. It was well known (the first track on Neil's 1992 Harvest Moon album) and just new to me. Linda Ronstadt is on backing vocals on the chorus.

A deep cut refers to the days of vinyl albums, when songs expected to be popular on commercial radio were placed at or near the outer edge of the album. Check out the order of tracks on the Eagles' Hotel California. The title track was on the outside edge, and the first three were frequently played on FM radio. 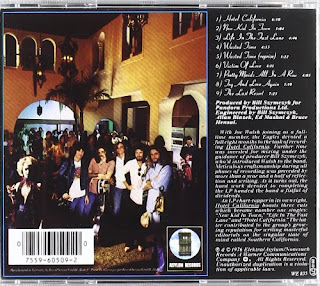 It would be interesting to know how much track order influenced the commercial success of songs, and how many deep cuts were wrongly judged and ended up huge. It seems like a catch-22.

Let's hear your favorite deep cuts, new-to-you and lesser-heard songs from some artists you like. Here's one more, track 14/17 on The Dance CD.