By Citizen1729 - January 25, 2020
Perhaps I should return to what I used to do: ponder mindlessly on things I have observed. After all, it beats taking up second-hand smoking two packs a day, and it is not too bad on my lungs. I stay away from the breathless typing (<- see what I did there?), and no one's the wiser.

Much easier on the mind too: let a thought go unexpressed.  It is only fair given that I do let a lot of thoughts go unexpressed.  So here starts an attempt in the New Year (Happy New Year, by the way):

1.  All songs by Chicago sound the same.
This does not need an explanation.  Just listen to this song, and then point out a song of theirs that does not sound like it.

2. Monarchy appeals to freedom lovers in 'Murika.
It was once said that no one could be truly free until the last king was strangled with the last priest's entrails. While vegans may not appreciate the imagery, they should try. Consider Megxit. Far too many were engrossed in the supposed royal drama where one member of the inbreds decided to improve the gene pool by marrying someone totally out of that forkless family tree and she was considered too black not royal enough. As I stared idly at the TV, there it was


BREAKING NEWS: Harry and Meghan no longer to use their HRH titles.

This madness did not start now, it did with Harry's mom, whose virginity was announced to the world by the uncle (did not know he was a gynecologist).  Harry's dad, the emblem of royal decorum was banging his mistress so much that he ended up marrying her, and he had words directed at his son and daughter-in-law.

Charles was then involved in the Mike Pence kerfuffle. When he supposedly ignored greeting Mike Pence.  Half the freedom lovers rejoiced, and the other half were livid. I was simply bemused at the thought of people siding with a monarch who dissed a democratically elected leader who wants his boss to be a monarch.

I mean what's the protocol on such things? Who do you side with? It is not crystal clear as going with David Lee Roth when he split with Van Halen, is it?

3. Religion.
There was this recent tale of a woman driving her vehicle into another vehicle because God told her that her faith will protect her.  Turns out, she suffered little or no injuries, but the occupants of the other vehicle were not so lucky.  Numerous discussions online had both atheists and Christians alike calling her mentally ill. Some of us though challenged the Christians on that: Abraham, the patriarch of three religions was similarly asked by God to slay his son. Abe's faith apparently was rewarded when God stopped him from killing his son.

Hmm, both scenarios sound similar to me:


Yet this woman is to be considered mentally ill, but not Abe. Abe is to be commended and serves as a model of virtuous faith.  EXPLAIN THAT!

Then again, was this an act of God, or just an impish employee? 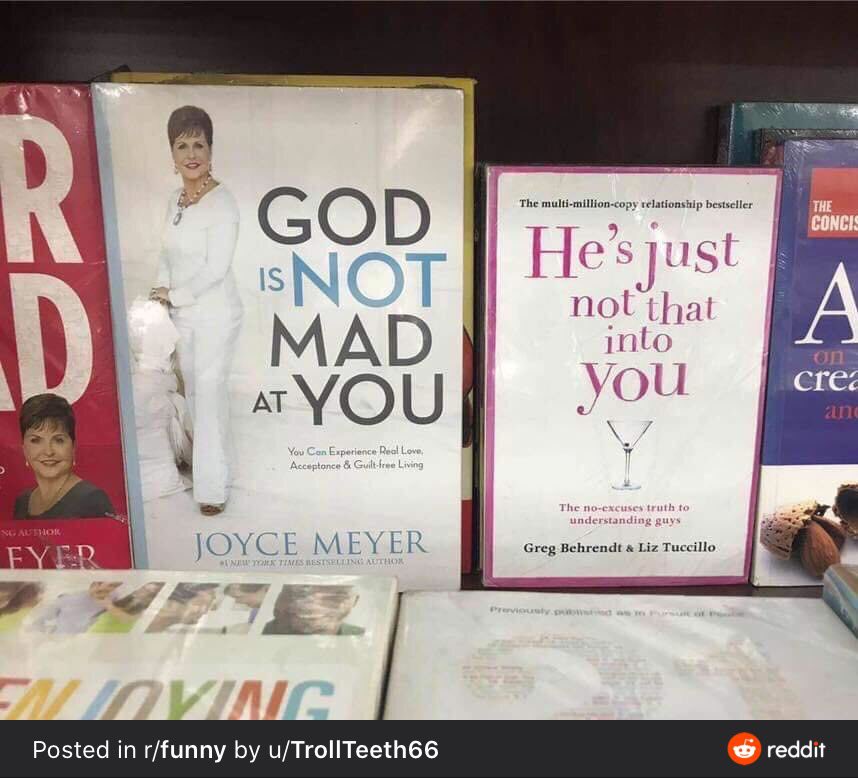