The Cult has been silent for a while. If anyone is still around and reading, I'm sorry about that! Technology is advancing rapidly and I'm awaiting cyborg-based or fully virtual existence, but real life still gets in the way sometimes. I had another post (related to science and Covid) almost ready last weekend when the aforementioned IRL interfered. This morning I ran across an item that looked more urgent, especially in light of current events in the US. [Photo and story, Wikipedia ] For those who don't already know, Scott Adams is the creator of the popular comic strip Dilbert , which is a well-done satire of US office life. Normally at this point I'd share an example or two. Not this time, and not sorry. I don't want to make light of the decidedly not-humorous material  he's generating about slavery and efforts at making reparation . [To determine what slavery stole from the black community] ...[C]ompare what would happen to the average black pe
Post a Comment
Read more 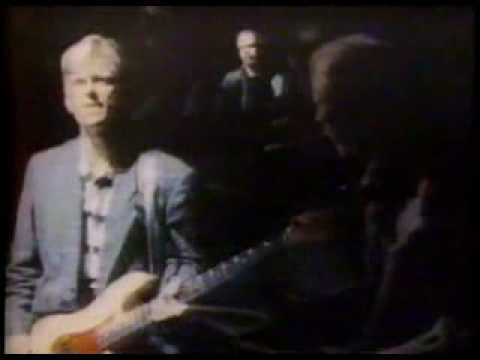 Perhaps I should return to what I used to do: ponder mindlessly on things I have observed. After all, it beats taking up second-hand smoking two packs a day, and it is not too bad on my lungs. I stay away from the breathless typing (<- see what I did there?), and no one's the wiser. Much easier on the mind too: let a thought go un expressed.  It is only fair given that I do let a lot of thoughts go unexpressed.  So here starts an attempt in the New Year (Happy New Year, by the way): 1.  All songs by Chicago sound the same. This does not need an explanation.  Just listen to this song, and then point out a song of theirs that does not sound like it. See?  Told ya! 2. Monarchy appeals to freedom lovers in 'Murika. It was once said that no one could be truly free until the last king was strangled with the last priest's entrails. While vegans may not appreciate the imagery, they should try. Consider  Megxit . Far too many were engrossed in the supposed royal dra
Post a Comment
Read more

Is it a thing? A simple definition of the term is as follows: the tendency to interpret new evidence as confirmation of one's existing beliefs or theories. Given that, I suspect the two videos may confirm your bias about confirmation bias: A protest outside an abortion clinic: A protest on a college campus against military recruitment: A related pet theory of mine: People don't change .  Thoughts?
Post a Comment
Read more 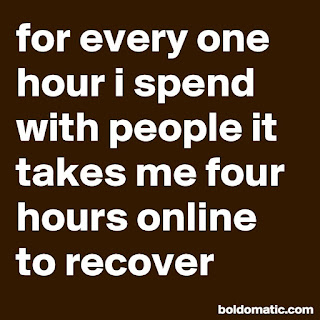 Happy Christmas/Solstice/Saturnalia/Hannukah/Yule/Kwanzaa...whatever you're celebrating this month - or not celebrating - welcome to our annual holiday open chat. If real people are too much, we're (not) here for you! How's the end of the year going for you? Is this year a traditional holiday or are you trying something new? Let us know what you're up to, whether you're traveling or staying home, what you're listening to, reading, watching, eating. I'm staying home this year and looking forward to resting and relaxing. My seasonal traditions include watching A Christmas Carol (the 1986 one with George C. Scott as Ebenezer Scrooge...the ONLY version!): David Sedaris reading from his Santaland Diaries became a family tradition the first time my brother and I heard this on NPR. And it's always time for C&H. Happy holidays, Cult!
Post a Comment
Read more 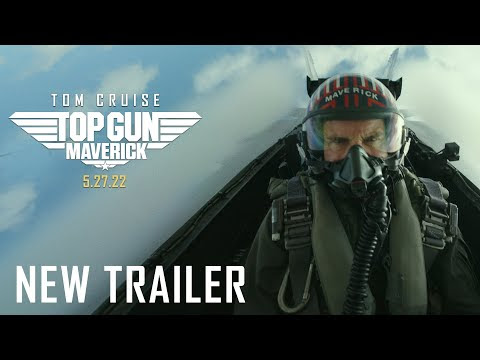 I got a horrified email from my brother last night: he'd just found out that Top Gun is getting a sequel next year. I'm dubious about it too. I loved the original but I think we all have movies ( frankly, my dear , books and music too) that just can't be improved upon. As of yesterday Top Gun: Maverick is getting some decent buzz (<- Get it? Get it? "Buzz the tower"!) so I'm reserving judgment...we'll see. Here's the latest trailer: What do you think about movie remakes and sequels? How about song covers? Book sequels? What are some that you've loved or hated? How about that special one that can't be touched? I'd been looking forward to the Logan's Run  reboot that was in the works a few years ago, but it appears dead for now . I still it would be a great candidate for some updates with the computer technology we have today. Family Guy was on the right track! How about all the Star Wars sequels and prequels? Is
Post a Comment
Read more 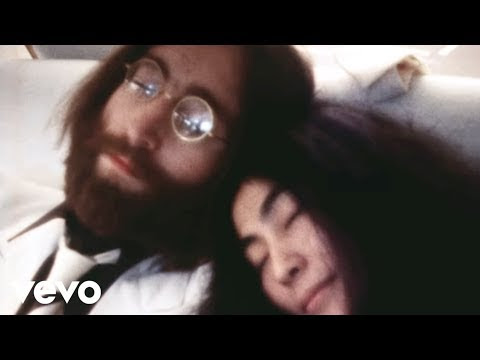 December 8, 1980: I'm in school, waiting for class to start. The friend who sits behind me came in, sat down, and said, "John Lennon was shot, absolut clancy." We'd heard it that morning on the local classic rock station. We talked about it for the next couple weeks at school. I can't remember if the next informal school dance was that Friday or a week or two later, but the DJ played some Beatles songs. Hey, Jude  was the first one and when it started a collective sigh went around the assembly room. From Wikipedia : On the evening of 8 December 1980, English musician John Lennon , formerly of the Beatles , was fatally shot in the archway of The Dakota , his residence in New York City. The perpetrator was Mark David Chapman , a recently unemployed resident of Hawaii. Chapman stated that he was incensed by Lennon's lifestyle and public statements, especially his much-publicized remark about the Beatles being " more popular than Jesus " and the lyri
Post a Comment
Read more

The One With the Sunk Cost

We've been on the topic of fallacies lately and I owe my esteemed co-blogger  SK  a thank-you for educating me about them, so I thought I'd offer one. I look forward to your thoughts. (I'll also borrow SK's disclaimer that thought experiments are included in this post, and if you dislike Friends you may want to stop reading now. Are there people who dislike  Friends ?) This fallacy is a favorite of mine: "sunk cost." Logically Fallacious  offers a nice definition and examples, but basically I think of it as, "This [project/relationship/activity] isn't working and doesn't seem likely to get better, but I can't walk away because I've already put so much [effort/time/money] into it!" As an example, I like to ask people whether they finish a book or movie they're not enjoying. If they tell me they stick with it to the bitter end, I'm always curious about their reasoning. Because they've already spent time on i
Post a Comment
Read more
More posts